What Are the Different Types of Termites?

The United States is home to more than 40 species of termites. However, it is important to note that these species can be categorized as one of four types of termites, with these being drywood, dampwood, subterranean, and Formosan species. This is important because knowing exactly what type of termite is infesting a particular location makes it that much easier to come up with a solution tailored to them.

Here are the four types of termites that can be found in the United States as well as some of their most notable characteristics: 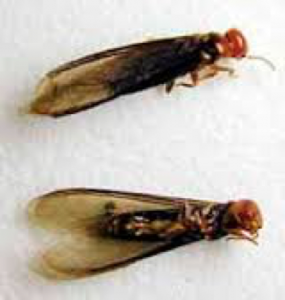 Like their name suggests, the members of the family Kalotermitidae live in wood with low moisture content, with prime examples ranging from dead trees to the structural timbers of buildings. As a result, an infestation of drywood termites can cause lasting damage to buildings even though their small size means that it takes longer for them to do so. Although they are not as common as some of the other types of termites mentioned here, they can be found in the state of California. Furthermore, it is worth mentioning that drywood termites have no need to come into contact with the ground, which can come as an unpleasant surprise to those who expect termites to be land-bound. 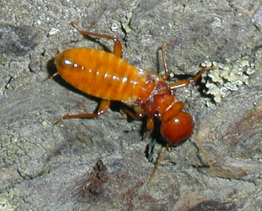 In contrast to their drywood counterparts, dampwood termites are known for their fondness for damp and in some cases, even decaying wood. They can be found in the state of California and the rest of the Pacific coast, though they are also known to have a presence in the state of Florida as well. Given their dietary preferences, it should come as no surprise that dampwood termites have no interest in tunneling. Instead, they burrow into their preferred sources of food before plugging their galleries with their fecal pellets, which can make their presence a challenge to notice. Fortunately, most dampwood termite colonies are small in number because they are large in size. Unfortunately, single pairs of winged swarmers are capable of starting colonies of dampwood termites all on their own. 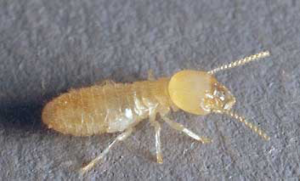 When most people think about termites, subterranean termites are the ones that come up. In short, they are social insects with colonies separated into three castes. Worker termites tend to look much the same across different species of subterranean termites, meaning that the easiest way to identify the exact species is to look at the soldiers as well as the reproductive termites. Living up to their name, subterranean termites are known to build huge nests with tunnels extending to their favored sources of food. Since they are reliant on moisture for their survival, these pests are particularly common in southern California, though they can be found throughout the United States because of their hardiness. 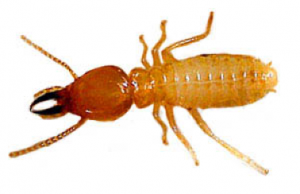 Technically, Formosan termites are a kind of subterranean termite. However, they are often mentioned on their own for a couple of reasons. First, they are not native to the United States but instead came to North America over the Pacific. Second, they are infamous for being voracious eaters, so much so that single colonies can cause severe damage to structures within as little as three months. Their temperature preferences limit them to warmer states such as California, but their voraciousness means that they can be found in an enormous range of settings.

All of these pests have their own ways of hiding from view, meaning that it can be challenging to notice them before it is too late to prevent serious damage. As a result, the best solution is the regular scheduling of inspections by a trusted authority, which possesses the expertise, experience, and equipment needed to catch and correct potential issues before they can turn into genuine problems. Contact Mariners Pest Control and we will inspect your property for free. We also have a limited time offer: $300 for ANY termite service. Our toll free number is 888-945-2847.