‘Twas the night before Christmas, when all through the house creatures were stirring, even a mouse. Termites in the walls. by the chimney beware, in hopes that a wood filled dinner, would be there.

The bedbugs were nestled all snug in your bed, while laying an infestation of their dreaded eggs. Blood stains on your sheets or pillowcases snap, bedbugs fecal spots forget that winters nap.

When out on the roof there arose such a clatter, I sprang from my bed to see what was the matter. Away to the window I flew like a flash, tore open the shutter, and threw up the sash.

The moon on the breast of the new-fallen snow gave the luster of midday to objects below, when, what to my wondering eyes should appear, but Mariners Pest Control, have no fear.

With a familiar sleigh driver, Nathan Symons, so slick, with his bag of bug removal tricks. 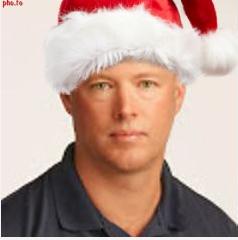 More rapid than eagles, he whistled and shouted and called them pest out by name:

As dry leaves rose before the wild hurricane fly, they’re about to meet with an obstacle, so up to the house-top Nathan Symons flew, with the sleigh full of orange oil too.

And then, in a twinkling, I heard on the roof the rumblings of termites, rodents and and poof, as I drew in my head and was turning around, Nathan Symons exterminator like superman killing pests within leaps and bounds.

He was dressed all in gear, from his head to his foot, and his clothes were all tarnished with ashes and soot. He had his bag flung on his back, and he looked like an exterminator just ready to attack.

He spoke not a word, but went straight to his work, and killed all the bugs, then turned with a jerk. And laying his finger aside of his nose, and giving a nod, up the chimney he rose.

He sprang to his sleigh, gave a whistle, and away flew like the down of a thistle. But I heard him exclaim, ‘ere he drove out of sight,

“Happy Christmas to all, Pest Begone, and to all a good night!”